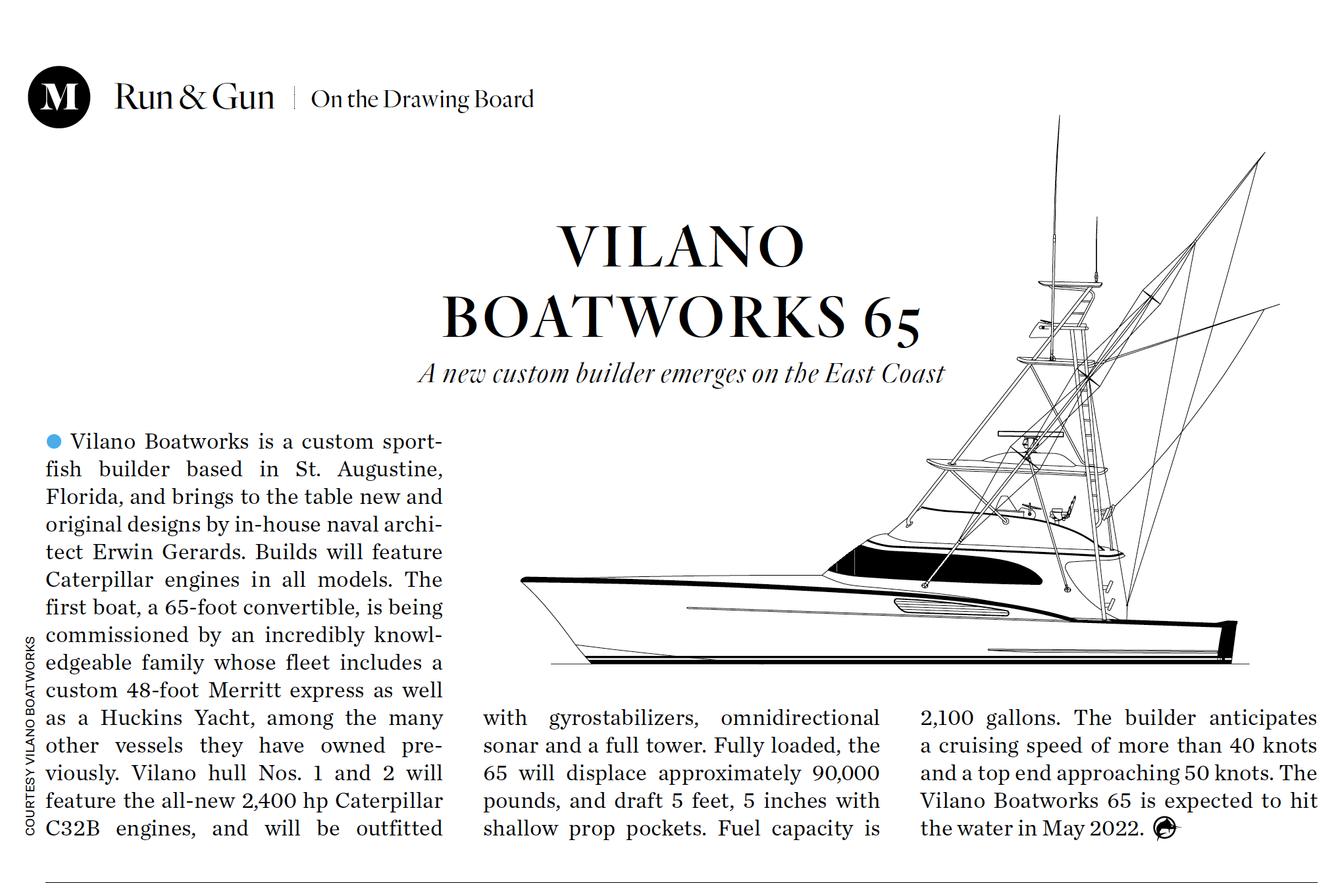 Vilano Boatworks is a custom sportfish builder based in St. Augustine, Florida, and brings to the table new and original designs by in-house naval architect Erwin Gerards. Builds will feature Caterpillar engines in all models. The first boat, a 65-foot convertible, is being commissioned by an incredibly knowledgeable family whose fleet includes a custom 48-foot Merritt express as well as a Huckins Yacht, among the many other vessels they have owned previously. Vilano hull #1 will feature the all-new 2400hp CAT C32B’s and hull #2 will feature C32A’s @1950hp and will be outfitted with gyrostabilizers, omnidirectional sonar, and a full tower. Fully loaded, the 65 will displace approximately 90,000 pounds, and draft 5 feet, 5 inches with shallow prop pockets.

Fuel capacity is 2,100 gallons. The builder anticipates a cruising speed of more than 40 knots and a top end approaching 50 knots. The Vilano Boatworks 65 is expected to hit the water in May 2023.